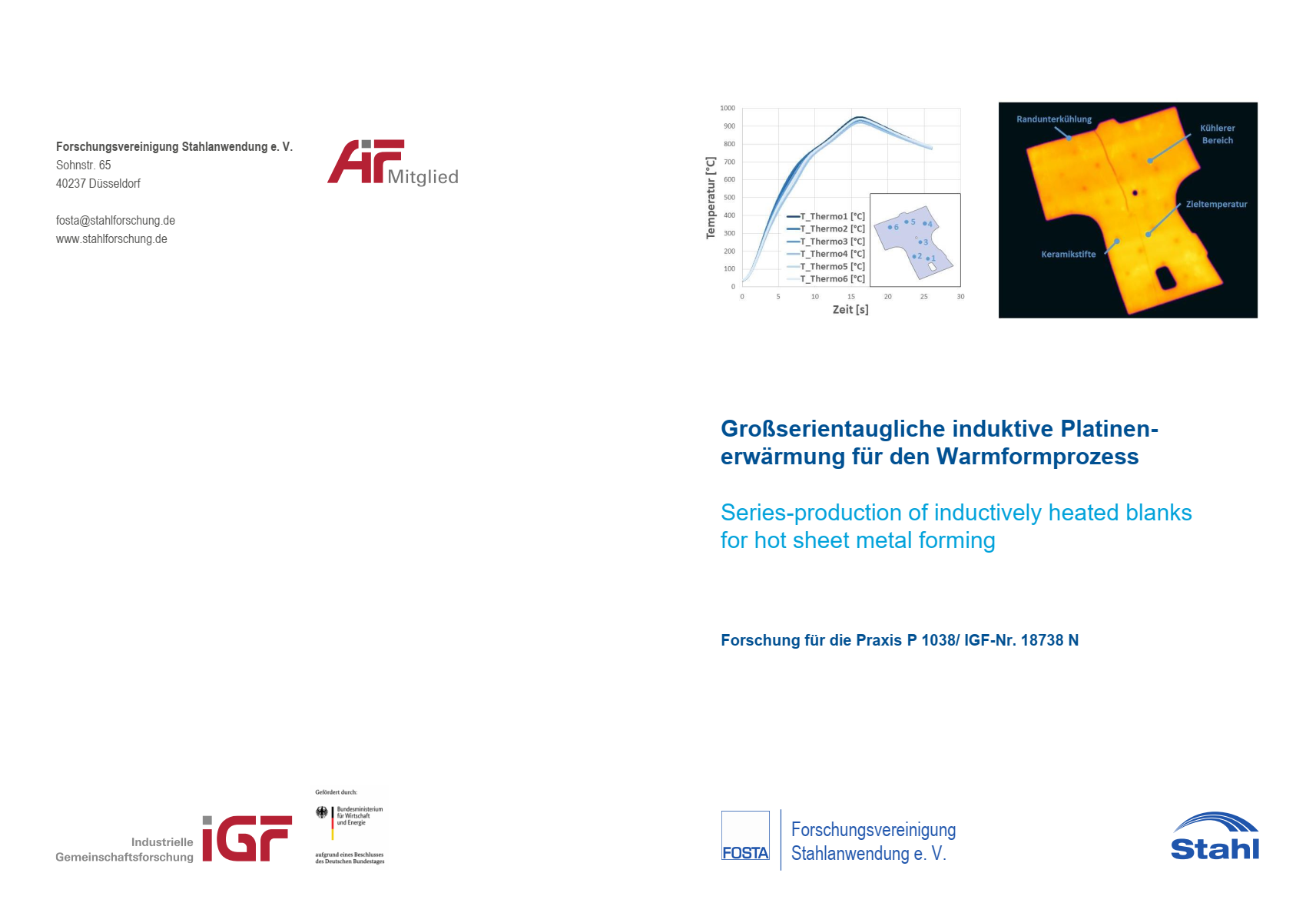 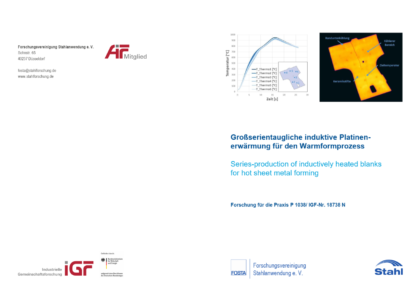 The aim of the project was to develop an inductive process for the flexible heating of near-series real components for the press hardening process. In the first work step, the typical component geometries of the blanks of press-hardened components were therefore provided by the committee accompanying the project. These were classified and categorised by the research centres. The resulting component catalogue served on the one hand as the basis for selecting the demonstrator component to be manufactured and on the other hand provided the boundary conditions for the simulation and design of the induction process. A B-pillar was chosen as a representative component to produce the demonstrator component. Due to the low power of the inverter provided in the project, it was decided to limit the investigations to the head of the B-pillar.
During the development of the induction process, different induction concepts were initially investigated and evaluated. The inductive single part heating in the longitudinal ield was selected as the most promising concept for the project. In the following, various imulations were carried out on the influence of the previously determined component geometries as well as the inductor geometry, which were also validated by means of experimental investigations. The results were used to optimise the induction process and to simulatively investigate the heating of the demonstrator component. It has been shown that temperature deviations of ±4%, depending on the geometry, are to be expected for near-series real components. However, within these limits, the inductor is also independent of the component geometry, if a sufficiently large distance of the component to the windings of the inductor is maintained. Simulative investigations on partial heating showed that targeted temperature differences on a global level can be realised very well by several inductors of different geometry or with different control.
For experimental investigations to determine the process window of inductive heating, a laboratory-scale test rig was set up based on the results from the simulation. A test programme with different temperatures, heating rates and holding times was set up and carried out to determine the influence of the process parameters on the mechanical as ell as microstructure and coating properties. The boron-manganese steels 22MnB5 ith coatings of aluminium-silicon (pre-diffused) and nano-coated as well as 20MnB8 with a zinc coating were investigated. For all selected test parameters, the mechanical properties were comparable to those of the conventional process. The coatings also showed a similar formation for inductively and oven-heated samples. Slight deviations in the coating structure did not result in a negative influence on the coating properties. This means, on the one hand, that inductive heating with high heating rates and without additional holding times is possible, and on the other hand, that a potential temperature deviation of ±4%, as determined in the simulative process design, does not have to lead to inhomogeneous component properties.
Based on the simulation results and the investigations of the process window determination, a plant for the production of the specified demonstrator component was then set up at a project partner. Components from induction heating and the furnace process were formed and hardened. A check of the homogeneity during heating showed that there was a temperature difference of about 30 K over the component. The investigation of the mechanical properties and the coating formation confirmed the results from the process window determination. Homogeneous component and coating properties could be achieved with the help of inductive heating. Furthermore, no significant differences in the properties of inductively and conventionally heated components could be determined.
Heating up to 950°C could be realised within 16 s by means of induction. Investigations on partial heating confirmed the simulation results and showed that a global adjustment of the component properties by several inductors is possible in principle.
The setup of inductor and converter used in these investigations was not suitable to produce larger components due to the power. However, an increase in power, e.g., by using a system of several inverters, is conceivable and enables, on the one hand, the heating of larger components with constant heating times and, on the other hand, the partial heating of the component by a multi-inductor set-up. Even with a multi-inductor setup, the space required for the system is small. The space requirement for a system that allows the production of a complete B-pillar is approx. 8 m² if the inverter cabinet is positioned above or below the induction unit.
Due to the good component properties achieved, the short heating times, which allow heating in the press cycle, and the low space requirement, induction heating in the longitudinal field therefore represents a realistic alternative to conventional heating in the roller hearth furnace. 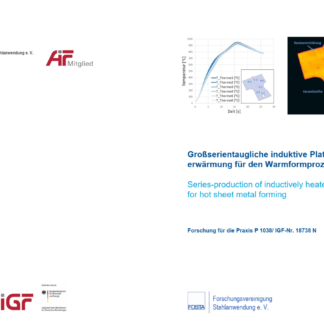