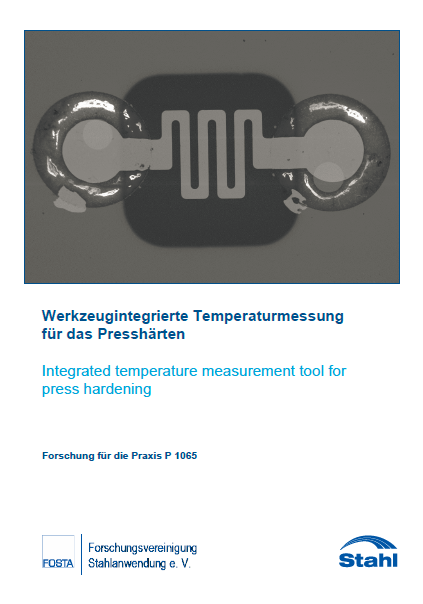 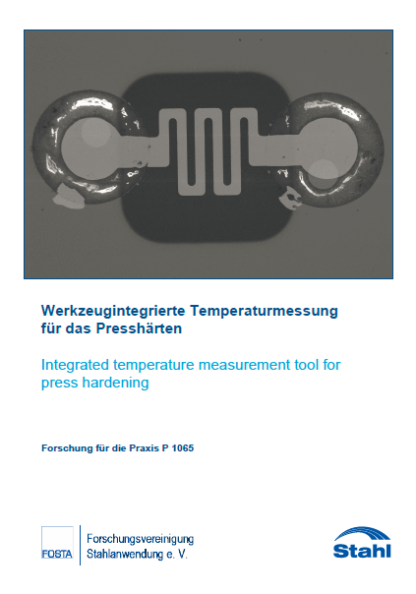 If deviations from the designed form hardening process are not reliably detected, faulty components can be joined in the further process chain, which can lead to considerable consequential costs. Sensors integrated in forming tools enable temperature irregularities to be detected and countermeasures to be initiated at an early stage. In addition, in the production cycle varying cooling rates, caused by fluctuations in tool temperature, can be used as input signal for an active control of the hold time. Sensors based on thin film technology offer the advantage of being in direct contact with the semi-finished product without reducing component quality due to thermal interference. Due to the increasing complexity of forming processes and the production close to the process limit, these sensors offer great potential to reduce scrap and cycle times. This allows a more economical production process and contributes to a resourcesaving use of raw materials.
Therefore the aim of this research project was the development of a tactile thin film temperature sensor for direct use in forming tools. In order to guarantee an economical service life of the sensors, tests were initially carried out to identify a suitable wear protection layer, whereby an Al2O3 layer showed the best results. At the same time, the development of processes for the production of thermoelectric and thermoresistive sensor layers took place. The sensor concepts were calibrated under consideration of different forming tool temperatures. In particular, the thermoresistive sensor showed a good accordance in comparative measurements in the temperature range up to 400 °C. Therefore, the component can be monitored during the manufacturing process and subsequent processing of components without errors is ensured.
The research project (IGF-Nr. 8338 N) was carried out at Institut für Umformtechnik und Umformmaschinen und dem Institut für Mikroproduktionstechnik, Gottfried Wilhelm-Leibniz-Universität Hannover. FOSTA has accompanied the research project work and has organized the project funding from the Federal Ministry of Economics and Technology through the AiF as part of the programme for promoting industrial cooperation research (IGF) in accordance with a resolution of the German parliament. 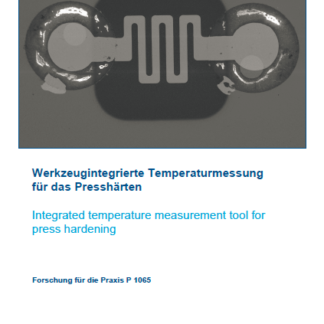