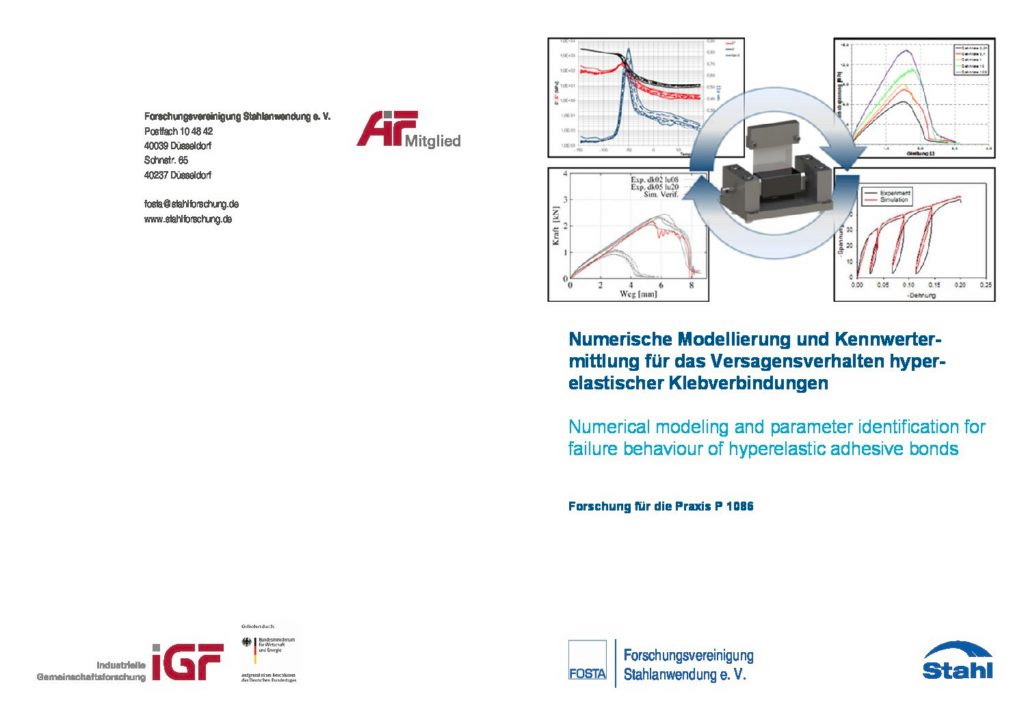 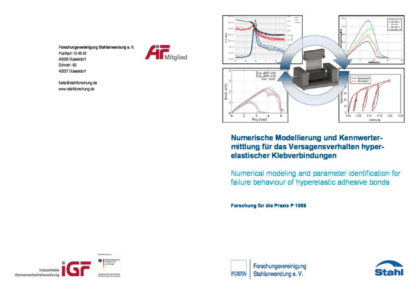 In the field of mobility, the modular construction method plays a major role. The use of innovative material combinations, such as steel-aluminium, steel-FRP etc. enables a weight saving over previous designs and thus a reduction in fuel consumption and emissions of the vehicles. To bond the individual modules, which are increasingly made of light alloys and/ or FRP, to the vehicle structure from steel, cold-curing elastic and semi-structural adhesives are used in the assembly process. The aim of the research project is the development of a robust numerical simulation and test method for the selection of suitable adhesives for the optimal design of assembly adhesive joints. To calculate the mechanical behaviour of bonded joints, the hyperelasticity theory was combined with three different calculation methods for failure. The experimental findings of elastic and postcritical behaviour exhibited that the elastic behavior can be described with the MOONEY-RIVLIN model. Failure was described using a fracture mechanics approach and a damage mechanical approach as well as the energy limiter method. All model parameters were identified by basic tests under simple tensile, simple shear, and constraint tension loading. Finally, all three approaches were validated by calculating two technological and a component-like specimen andcomparing the results with according experimental data. The progress of the developed calculation methods regarding the state of the art was shown by comparing all computed results not only with experiments but also with calculation results that can be achieved with the commercially available *MAT181.
The adhesive with a high glass transition temperature was observed in tensile and compressive tests at various strain rates and under static and cyclic loads in order to investigate the rate dependend behavior in the vicinity of the glass transition. Two models have been developed which consider viscoelasticity and viscoplasticity. They describe the material behavior under monotonous as well as cyclic loads.
The characterization of the adhesive with a low glass transition temperature used tests on tensile, compressive, thick adherend lap shear, angle, trouser, and butt joint specimens. A new hyperelastic material model was developed and combined with viscoelasticity which yielded a significant improvement compared to established hyperelastic models. Four experiments are sufficient for parameter identification. The model was validated using various experiments at different test velocities.
The research project (IGF-Nr. 18716 N) was carried out at Laboratorium für Werkstoff- und Fügetechnik der Universität Paderborn, at Institut für Mechanik, Fachgebiet Numerische Mechanik der Universität Kassel and at Fraunhofer-Institut für Fertigungstechnik und Angewandte Materialforschung (IFAM), Bremen. FOSTA has accompanied the research project work and has organized the project funding from the Federal Ministry of Economics and Technology through the AiF as part of the programme for promoting industrial cooperation research (IGF) in accordance with a resolution of the German parliament. 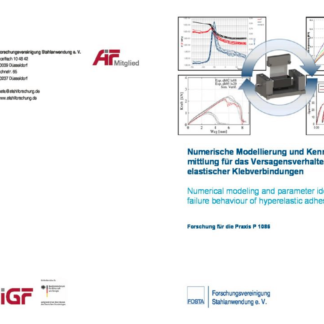