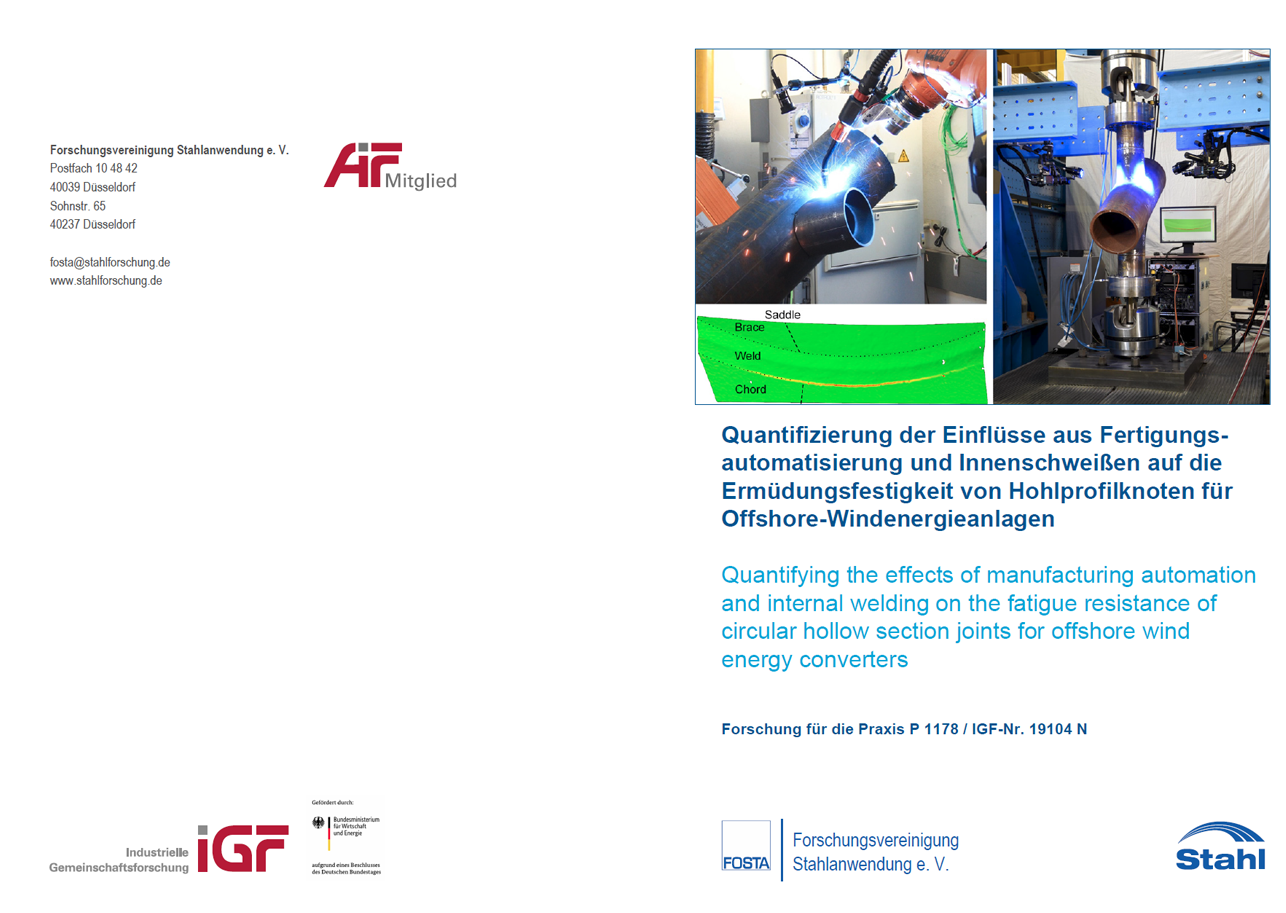 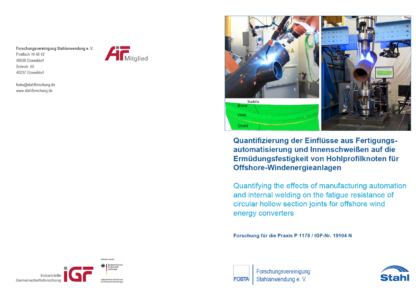 The development within the offshore wind sector towards more powerful turbines combined with increasing water depth for new wind parks is challenging both the  designer as well as the manufacturer of bottom fixed support structures. Besides  XL-monopiles, the market developed an innovative and economic jacket support structure, which is based on automatically manufactured tubular joints combined with standardized pipes. Besides the improvements for a serial manufacturing process the automatically welded tubular joints show a great potential in terms of fatigue resistance e.g. due to a smooth weld geometry without sharp notches. However, these benefits are not considered yet within the fatigue design process of automatically manufactured jacket substructures according to standards and guidelines due to the lack of suitable S-N curves. Therefore, within this research project the automatically welding process of tubular joints for jacket support structures of offshore wind energy turbines was developed. Additionally, the project was focused on a consistent digitalization of the welding production chain during the automated welding of the X-joints. These stored process parameters can then serve as the basis for quality checks and a complete traceability of the automatically produced tubular joints is enabled.
The second aspect dealt within this report is the quantification of the effects of production automation and internal welding on the fatigue resistance of the tubular joints by performing serial fatigue tests. For this purpose, two series each with 16 fatigue tests on single- and double-sided automatically welded X-joints were carried out in the project to determine structural stress based S-N curves for the automatically welded X-joints.
The results of these fatigue tests are then compared to numerical investigations based on the structural stress as well as notch stress approach. The outcomes are then compared to evaluate the capability of both approaches for the prediction of the fatigue-critical locations within the X-joints.
Based on the analysis of the welding procedure as well as the experimental and numerical investigations within this research project, the potential of automatically manufactured tubular joints with regard to reproducibility and fatigue behaviour was investigated. In addition, the effects of an inner root layer on the fatigue resistance was evaluated. 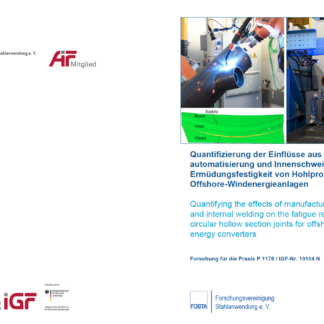 You're viewing: P 1178 – Quantifying the effects of manufacturing automation and internal welding on the fatigue resistance of circular hollow section joints for offshore wind energy converters 30,00€
Add to cart