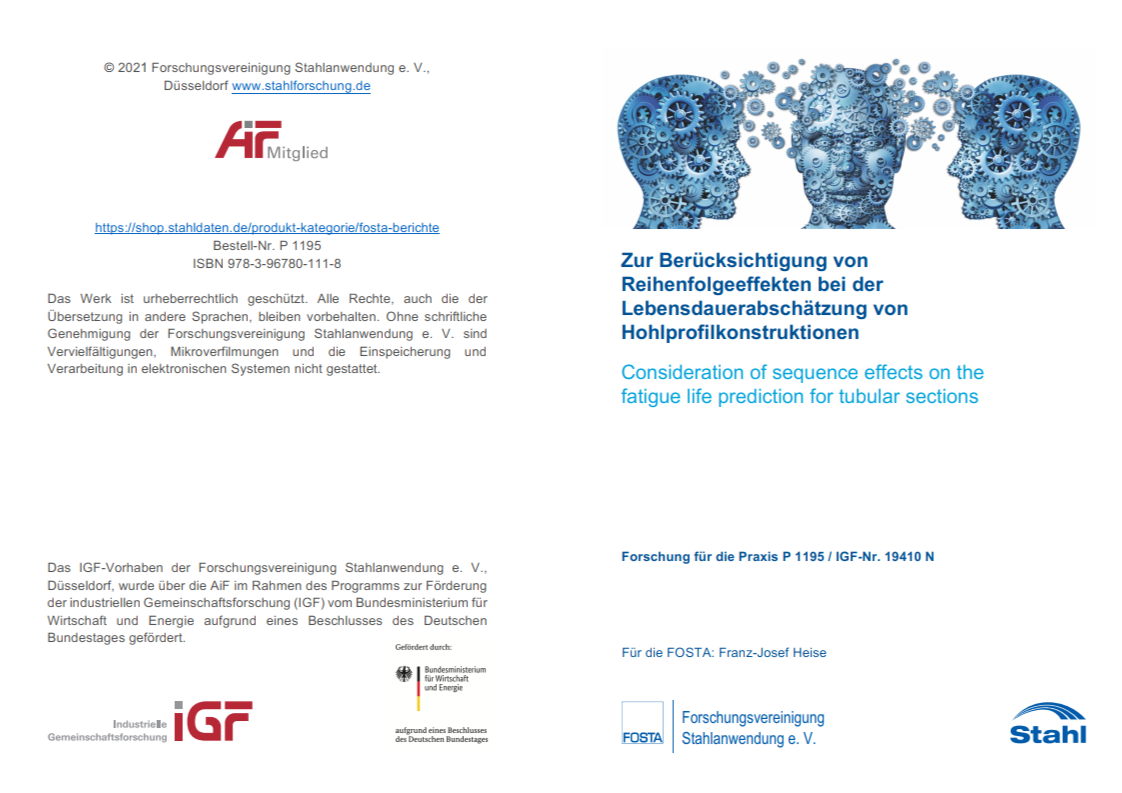 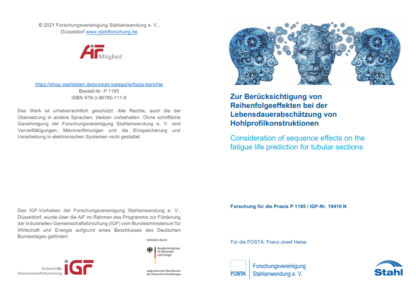 The use of hollow sections to build up lightweight structures is common and used by many industrial sectors, like the crane industry, the agricultural and transportation industry as well as for steel bridge constructions. In general this structures build up as truss or frame construction. Especially high and ultra high steel grades are used for an economical design of these structures. In case of the appearing cyclic loads, these type of structures have to be designed to avoid fatigue damage by the use of linear damage accumulation. By common standards and recommendations there is the opportunity to convert the occuring stress ranges to a constant amplitude loading with the equivalent damage by using the Palmgren-Miner-rule. The maximum amount of damage that can be sustained varies depending on the applied standard between a damage sum of D = 0; 2 − 1; 0. To determine the damage sum, influence factors like the load sequence shape, the influence of overloads, welding residual stresses and their reduction under variable amplitude loads, as well as possible load sequence effects are not taken into account, which can lead to uneconimc structures.
The aim of this research project was to check the quality of prognosis on the linear damage accumulation according the Palmgren-Miner-rule by a large test program. Influence factors like the shape of the load spectrum applied, the influence of overlaods, the residual stress variation under variable amplitude loading and possible load sequence effects for constructions made of hollow sections were taken under review. The test results should be used to develop an adapted design recommendation for the linear damage accumulation.
To reach this goal a huge test program with specimens according typical hollow section joint for crane constructions (overall 108 specimens under tensile loadings) as well as typical joint for vehicle constructions (overall 88 specimens under bending loads) was planed. By using different profile types (CHS and SHS), dimension ratios, loading sequences (p(1/3) as well as q-loading sequence, Low-High- and High-Low-loading sequences and others sequences), test sequences (Block- and Random-loads), material grades and manufacturing types (manual and automatic welding), additional knowledge of influence factors on the life time estimation should be gathered. In addition, residual stress measurements were carried out to analyse the change of the residual stress distrubution under variable loads. Stress concentration factors based on the structural hot spots and notch stress concept were developed by numerical simulations. The results can be summarised as follows: 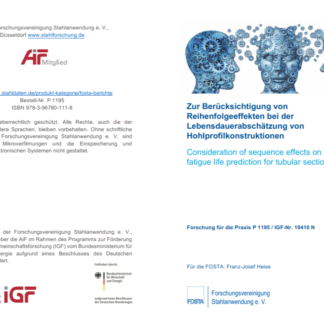 You're viewing: P 1195 – Consideration of sequence effects on the fatigue life prediction for tubular sections 30,00€
Add to cart