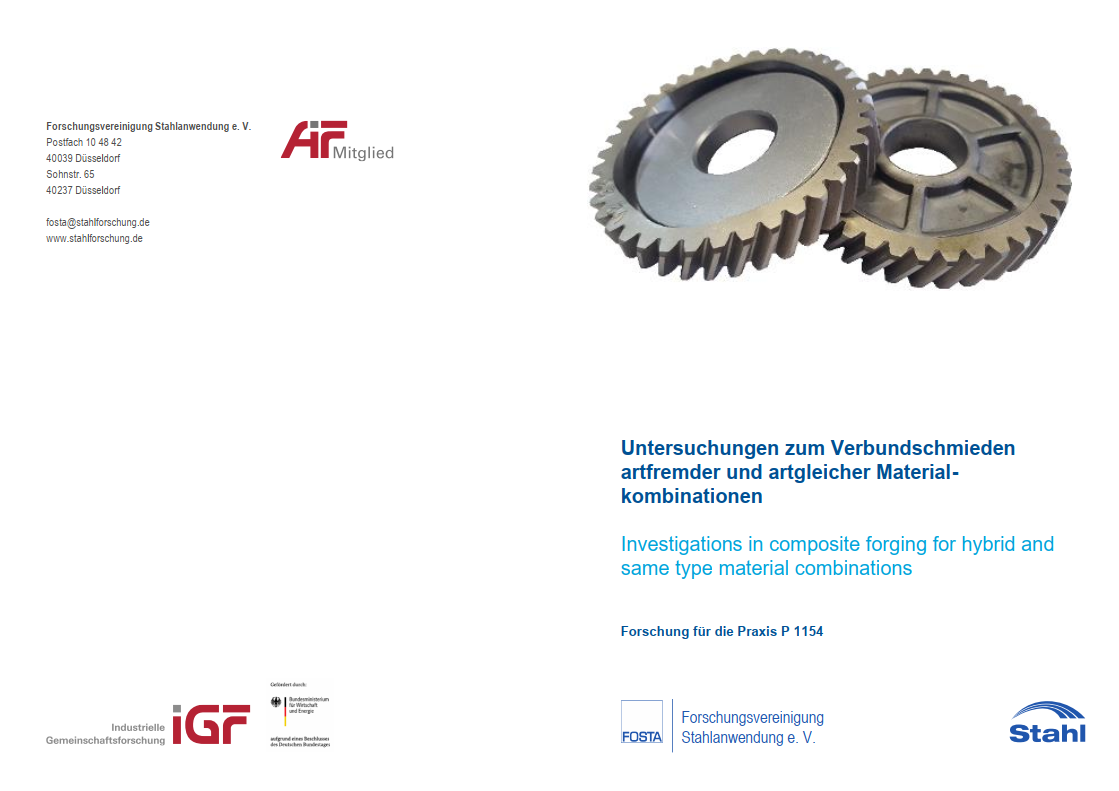 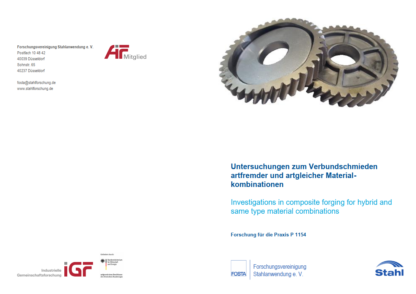 As a part of the research network “lightweight forging”, the Sub-project 6 “Compound forging of similar and dissimilar material combination” investigated the manufacturing of two hybrid wheel hubs made of steel-aluminium and steel steel by compound forging. The
central question is to what extent two materials can be simultaneously formed and joined by using compound forging for the manufacturing of hybrid components and the associated use of material-specific advantages such as lightweight construction or increased performance. At the beginning of the project, a design for the hybrid components was created in cooperation with the project accompanying committee. In addition a joining strategy consisting of local metallurgical and mechanical joint was conceived. In the subsequent numerical investigations and optimal workpiece geometries were determined. Also a proper joining strategy and a suitable process window were found for the similar and dissimilar material combination. In the course of the experiments, the hybrid wheel hubs and, for later reference tests, conventional wheel hubs were successfully manufactured. In the further metallographic analyses, no mechanical or metallurgical joint could be determined in the desired range due to the high transfer times during the forging experiments and the resulting scale formation. In contrast, in case of the similar material combination, a metallurgical joint could be determined by EDXanalyses and micro hardness measurements. In the final investigations, mechanical tests on the steel steel and conventional wheel hub were carried out to compare its mechanical properties. Here, the approach of compound forging, the use of high-strength material in highly stressed areas, was successfully used and an increase in performance was recorded. 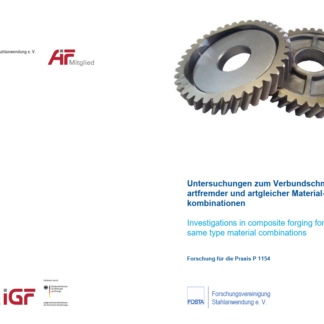