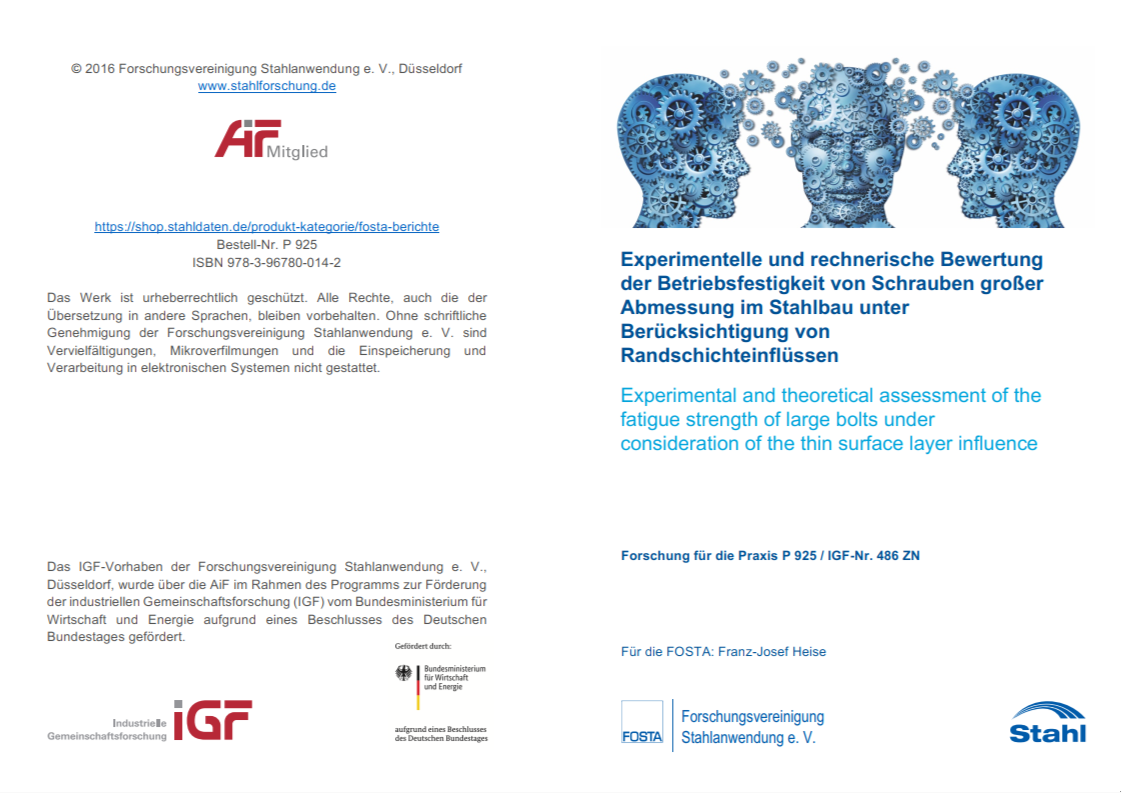 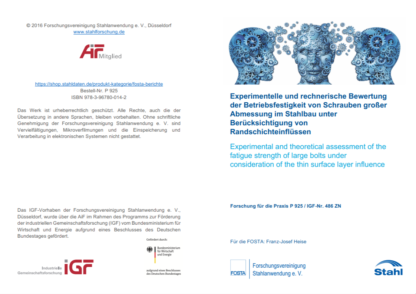 Bolts with large dimension of size M36 to M72 are preferably used in steel support structures for wind turbines as well as in other applications of structural engineering in form of HV-bolt sets. In these applications the bolts are used under high cyclic stresses with variable amplitudes. The corrosion protection of bolt assemblies is thereby commonly ensured by hot-dip galvanizing, which is an economical and long-lasting corrosion protection system. The effect of hot-dip galvanizing on the fatigue strength of galvanized bolts with large diameters is currently not scientifically described. In addition, S-N curves that are applied for fatigue design of the bolts are not validated for large bolts diameters. In the experimental investigations, presented in this report, the influence of hot-dip galvanizing on the fatigue strength of large-size HV-bolt sets is systematically analyzed.
The aim of this research project is to develop a design concept for bolts of large dimensions on the basis of local stresses and strains as well as the extension and verification of established standards and regulations for large-sized bolts. The specific boundary conditions include the geometry of the HV-bolt sets, boundary layer effects due to hot-dip galvanizing and the characteristic of operational loads with variable amplitudes and a high mean-stress level.
Within this research project the following partial objectives have been achieved:

The obtained research results provide an important contribution for secure dimensioning of large HV-bolt sets with large diameters in consideration of boundary layer effects. Thus, calculation safety increases, which allows a further utilization of carrying reserves. For the producers of HV-bolt sets and structural design engineering offices, the area of large-size bolts is a fast-growing sales market. By expansion of experimental design background and establishment of an experimentally validated design concept as well as the extension and validation of established design rules, safety is reached and in particular SMEs are strengthened. 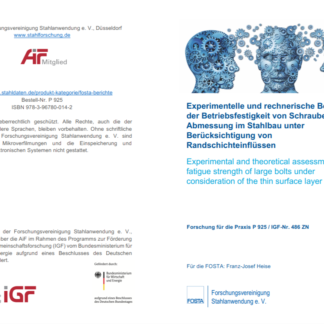 You're viewing: P 925 – Experimental and theoretical assessment of the fatigue strength of large bolts under consideration of the thin surface layer influence 30,00€
Add to cart